A bravado period action film set at the end of Japan's feudal era in which a group of unemployed samurai are enlisted to bring down a sadistic lord and prevent him from ascending to the throne and plunging the country into a war-torn future.


A bravado period action film set at the end of Japan's feudal era in which a group of unemployed samurai are enlisted to bring down a sadistic lord and prevent him from ascending to the throne and plunging the country into a war-torn future.


Newlyweds Claire and Ryan have just moved into a new house. Both are hoping Claire’s pregnancy will be the cement needed to hold their already fraying relationship together. Little do they know their marital issues are the least of their problems. For unbeknownst to them, their scruffy, sleazy and lascivious landlord has installed numerous miniature cameras all over their home and has been spying on them from Day One. Then Ryan begins an office affair, and the landlord kits out the secret basement with chains and soundproofing. Something is going to give in this suburban shocker packed with nasty surprises.

Thirteen Conversations About One Thing


The lives of a lawyer, an actuary, a housecleaner, a professor, and the people around them intersect as they ponder order and happiness in the face of life's cold unpredictability.


The story of the Cuban Missile Crisis in 1962—the nuclear standoff with the USSR sparked by the discovery by the Americans of missile bases established on the Soviet-allied island of Cuba. 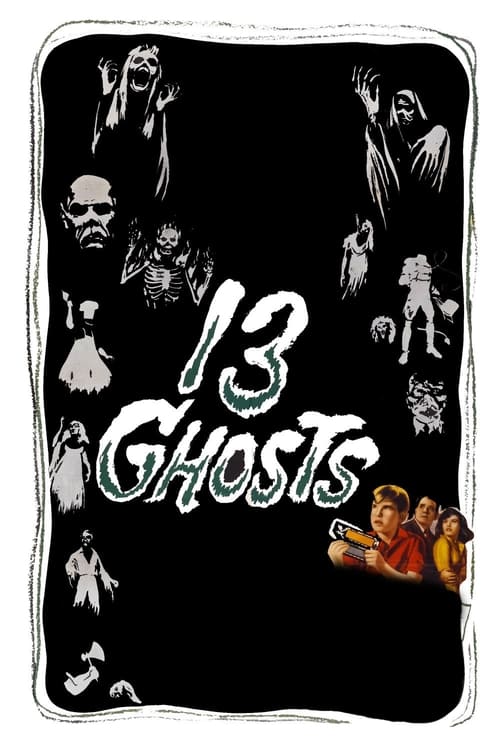 
Reclusive Dr. Zorba has died and left his mansion to his nephew Cyrus and his family. They will need to search the house to find the doctor's fortune, but along with the property they have also inherited the occultist's collection of 13 ghosts.


Arthur and his two children, Kathy and Bobby, inherit his Uncle Cyrus's estate: a glass house that serves as a prison to 12 ghosts. When the family, accompanied by Bobby's Nanny and an attorney, enter the house they find themselves trapped inside an evil machine "designed by the devil and powered by the dead" to open the Eye of Hell. Aided by Dennis, a ghost hunter, and his rival Kalina, a ghost rights activist out to set the ghosts free, the group must do what they can to get out of the house alive.


After total humiliation at her thirteenth birthday party, Jenna Rink wants to just hide until she's thirty. With a little magic, her wish is granted, but it turns out that being thirty isn't as always as awesome as she thought it would be!

13 Hours: The Secret Soldiers of Benghazi


An American Ambassador is killed during an attack at a U.S. compound in Libya as a security team struggles to make sense out of the chaos.


The breath-taking story of a man who nearly would have changed the world. In 1939, when Hitler tricked millions of people at the height of his power, radical Georg Elser—disparaged as an assassin—is one of the greatest resistance fighters. 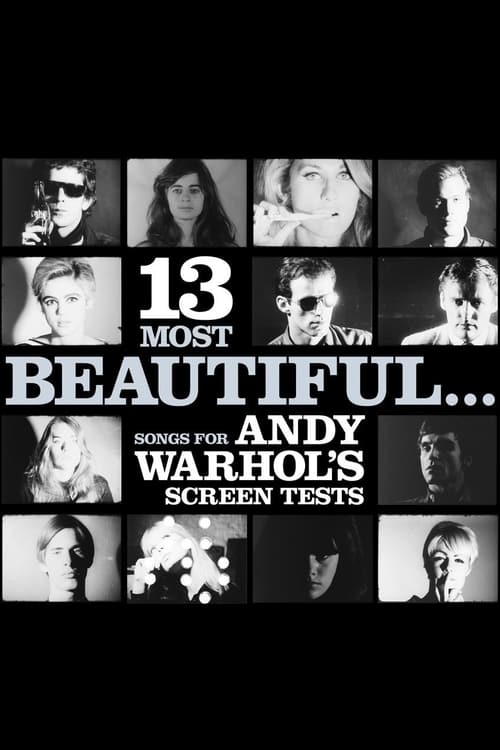 
Between 1964 and 1966, Andy Warhol shot nearly 500 Screen Tests, beautiful and revealing portraits of hundreds of different individuals, from Warhol superstars and celebrities to friends or anyone he thought had "star potential". All visitors to his studio, the Factory. Subjects were captured in stark relief by a strong keylight, and filmed by Warhol with his stationary 16mm Bolex camera on silent, black and white, 100-foot rolls of film. The resulting two-and-a-half-minute film reels were then screened in slow motion, resulting in a fascinating collection of four-minute masterpieces that startle and entrance, mesmerizing in the purest sense of the word. Songwriters Dean Wareham and Britta Phillips, formerly of the band Luna and currently recording as Dean & Britta, incorporated original compositions as well as cover songs to create new soundtracks for the 13 films.


Sebastian, a young man, has decided to follow instructions intended for someone else, without knowing where they will take him. Something else he does not know is that Gerard Dorez, a cop on a knife-edge, is tailing him. When he reaches his destination, Sebastian falls into a degenerate, clandestine world of mental chaos behind closed doors in which men gamble on the lives of others men.


Los Angeles. A wealthy man, known as Mr. Fuller, discovers a shocking secret about the world he lives in. Fearing for his life, he leaves a desperate message for a friend of his in the most unexpected place.


A Muslim ambassador exiled from his homeland, Ahmad ibn Fadlan finds himself in the company of Vikings. While the behavior of the Norsemen initially offends ibn Fadlan, the more cultured outsider grows to respect the tough, if uncouth, warriors. During their travels together, ibn Fadlan and the Vikings get word of an evil presence closing in, and they must fight the frightening and formidable force, which was previously thought to exist only in legend.


Trained in clandestine combat from childhood, the Jinyiwei were masters of the 14 Blades; eight being for torture, five for killing, and the last blade reserved for suicide when a mission failed. An elite force of secret agents with a license to kill, the Jinyiwei devoted their lives and lethal prowess to the service of the Emperor alone. When the Imperial Court is taken over by evil eunuch Jia (Law Kar Ying), the best of the Jinyiwei, Qinglong (Donnie Yen) is assigned to steal a list identifying those still loyal to the Emperor. However unbeknownst to Qinglong, the Jinyiwei have fallen under the control of Jia, and during the mission Qinglong is betrayed and barely escapes with his life. Now as the most wanted man in the land, Qinglong must seek out and rally the loyalists to rise against Jia and restore the Emperor to power. In his way are the deadliest assassins in the land, his former brethren, the Jinyiwei.
Page   6   of   1598   for   23957   results   (showing 15 per page)